We do it right the first time

One of the most integral parts of any civilization, large and small, and that is having adequate and developed plumbing systems. In many European countries, aqueducts were constructed towering over the towns, providing water throughout the towns.

As the years have passed and technology advanced more and more, the method and form of transporting water, waste and other fluids throughout towns and facilities have evolved to be more convenient, efficient and intricate. Aqueducts provided water via gravity, but water was constantly exposed to the environment which may have caused water to be contaminated and this method was easily replaced as soon as technology was developed enough.

Plumbing systems evolved slowly through the years and only made advancements from the start of the 19th Century. Plumbing systems have become intricate and very effective in the modern era as these systems  have been scaled down  to no longer be such an eye sore to the public.

Plumbing is one of the first stages in construction of many buildings and facilities as the plumbing not only provides transport of fluids and waste but also forms a strong and durable second form of strength in any building or facility. 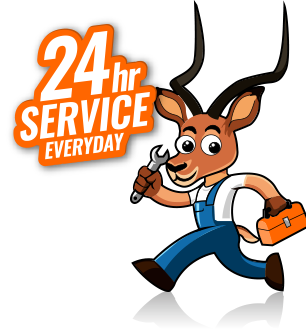 From emergency plumbing situations to residential homes and bustling construction sites, Impala Plumbing and Electrical is Nelspruit’s leading plumbing and electrical company, and our services expand to areas all throughout Mpumalanga.